F/+ in the Pac-12: Finding the worst offense in college football

Share All sharing options for: F/+ in the Pac-12: Finding the worst offense in college football

In the chart below, the NCAA logo is the average for all FCS teams. It is (by definition) at the intersection of the 50th percentiles of offense and defense. Now that we're on our third conference, the chart is beginning to get crowded. Instead of using conference logos, I switched to colored dots for the conferences. 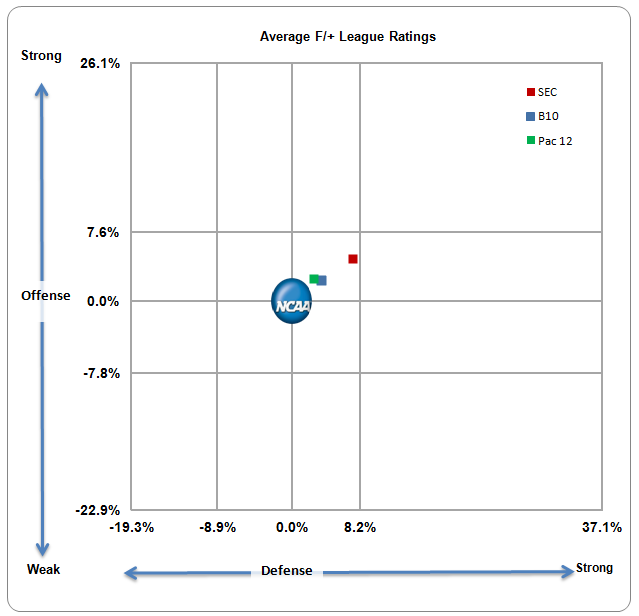 In the chart below, I added dots for every Pac-12 team covered in this time period (64 teams).

The "1" in the chart below represents the average F/+ offensive and defensive rating for every team who finished with the best record in the Pac-12 over this 6-year period. 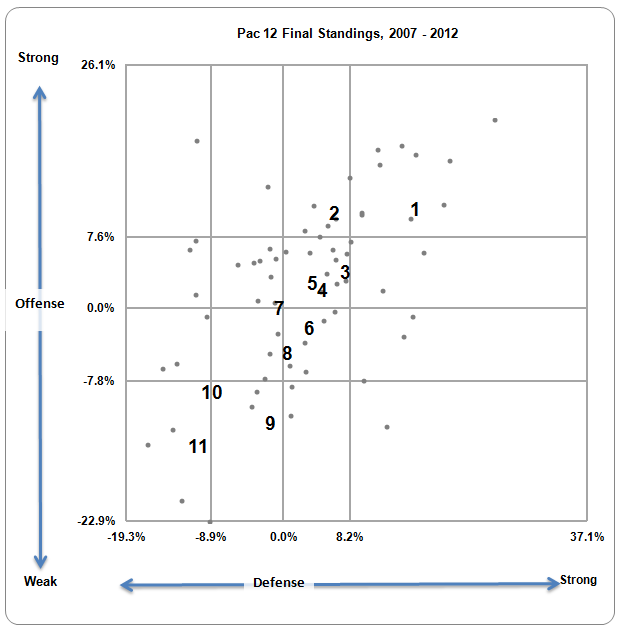 Now, here’s a closer look at the Pac-12 champions over this time period. The blue dot is the average of all seven of these teams (there was a tie in 2007). 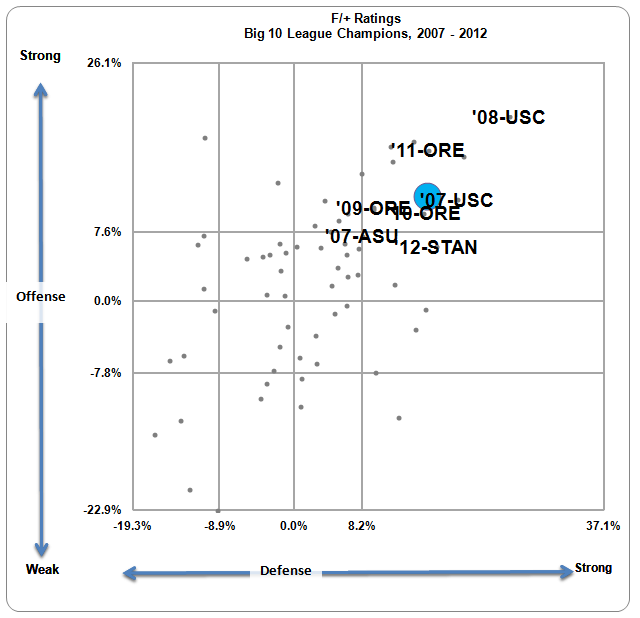 Okay, now it's time for a little fun. For each team in the Pac-12, I used my "what have you done for me lately" ratings system: F/+ ratings for each team weighted this way: 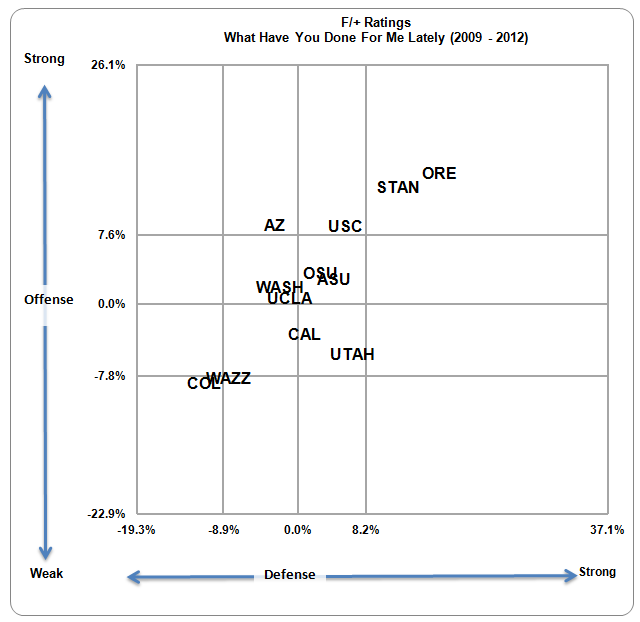 As referenced above, Oregon has become an elite program in college football. Stanford is close, but not quite on Oregon's level. Meanwhile, USC has slipped down to second-tier status in the Pac-12.

Okay, one more thing. Let's take a look at the best and worst offenses in the Big 10 during this six-year period. I highlighted teams that appear on both top 10 or bottom 10 lists. 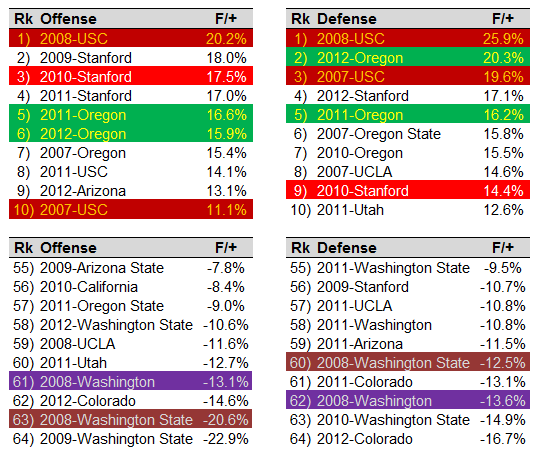 That 2008 USC team was really, really good. Their lost to the just-decent Oregon State team in Corvallis cost them a shot at Tim Tebow in the title game.

The 2009 Wazzu team has the worst offense in college football from 2007-12. The beat out ‘09 New Mexico State, ‘11 Akron, and ‘11 Florida Atlantic for this honor. They were truly terrible, scoring seven or fewer points in five games. My word.