Brains and brawn: How Collin Klein puts extreme stress on a defense

Between some strong play-calling and Collin Klein's ability to both run and read defenses, Kansas State puts extreme pressure on the defenses it faces.

Share All sharing options for: Brains and brawn: How Collin Klein puts extreme stress on a defense

As you probably know, after leading Kansas State to a 55-14 beatdown of the former flavor-of-the-week West Virginia, quarterback Collin Klein now finds himself as the frontrunner to win the Heisman Trophy. His blend of just good enough passing skills and a bullish running style are a bit reminiscent of another former Heisman Trophy winner: Tim Tebow.

This past Saturday, Klein’s numbers were simply off the charts. On top of going an almost perfect 19-for-21 for 323 yards and three touchdowns through the air, Klein added another 41 yards and four touchdowns on the ground. While the rushing total wasn’t overwhelming by any stretch of the imagination, whenever Kansas State needed to convert on a short-yardage down, they simply called Klein’s number and had him mash his way forward.

As an athletic, 6’5, 225-pound quarterback, Klein presents all sorts of issues for an opposing defense. He throws it well enough to keep the defense honest, he moves well enough to extend and/or make plays with his legs, and he is so big that he always seems to fall forward and get an extra yard or two when the Wildcats need it. Simply put, he can throw it over you, run it around you, or pound it right at you. It may not be pretty, but it sure is effective.

Credit the Kansas State coaching staff for knowing what they have and taking advantage of Klein’s diverse skill-set. The still-shots below are an example of the Wildcats using Klein’s versatility to put defenders in compromising situations and force them to play with hesitation. 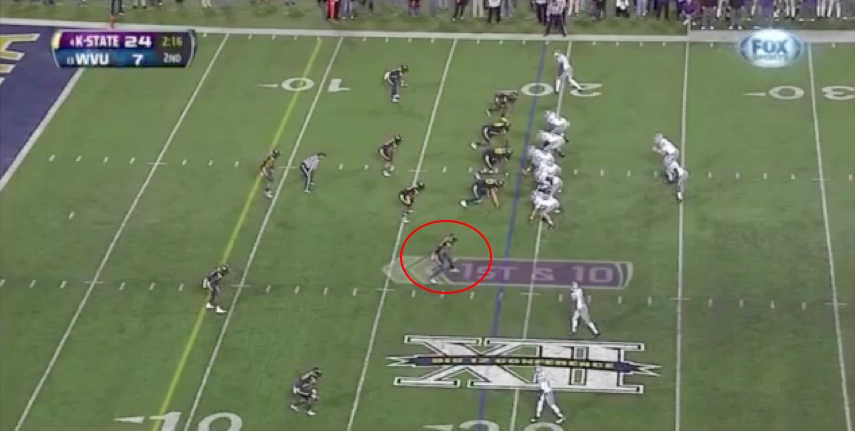 As you can see, the play is designed for the quarterback, Klein, to follow his blocker downhill and run to the strong-side of the formation. But as Klein is starting to work downhill, he is also reading the linebacker in space. 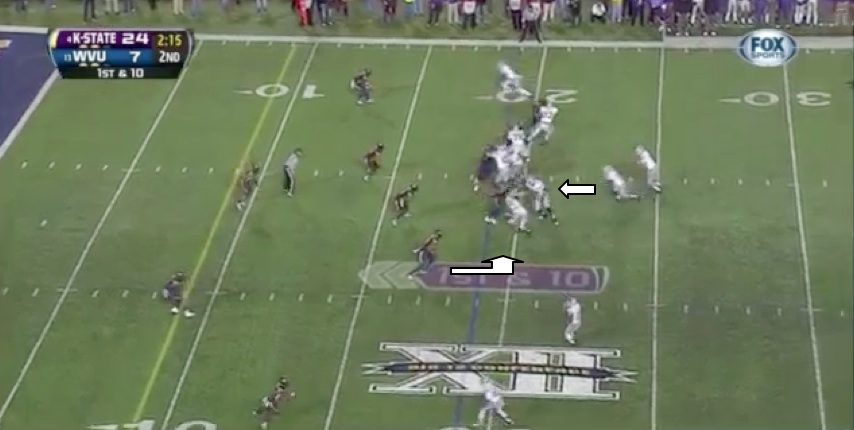 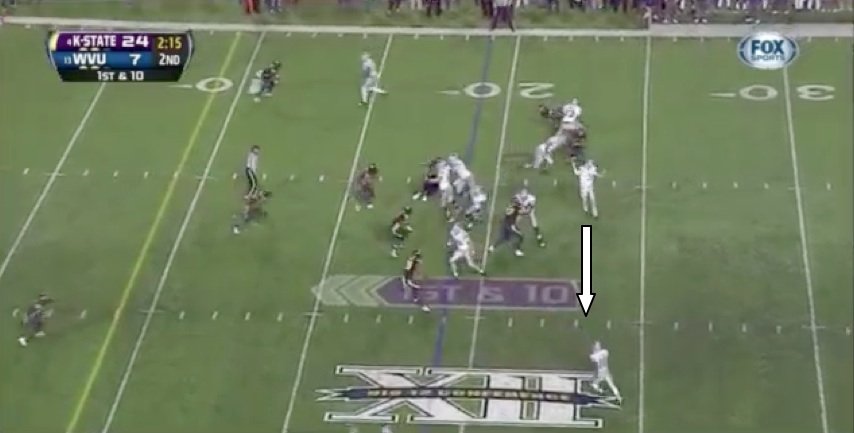 On this particular play, the linebacker is put in a precarious situation. First, he must honor Klein’s strong running ability and begin to attack the line of scrimmage. But in doing so, he is abandoning his pass responsibilities and leaving the slot receiver open. That is what the design of the play is meant to do: either the linebacker creates a soft-edge by hesitating against the run or he creates space for the slot receiver when attacking downhill. 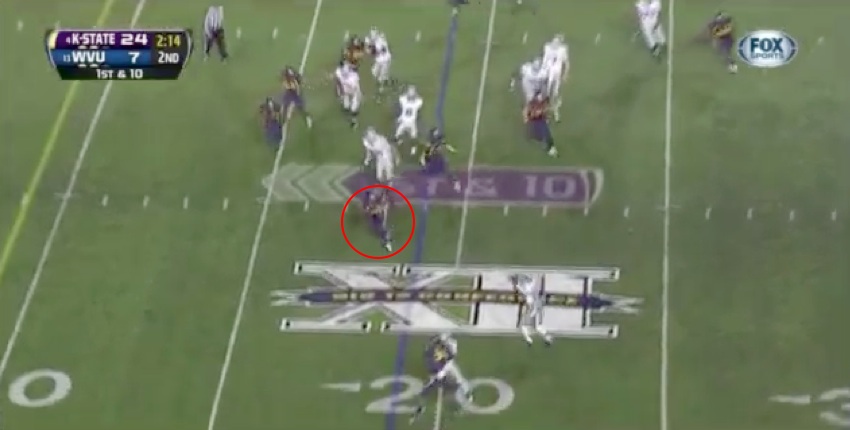 As the final two still-shots show, the linebacker actually does a nice job of adjusting to Klein’s decision and running to the ball. But even with the quick adjustment, the design of the play puts the linebacker 5+ yards from the slot receiver when he catches the ball. 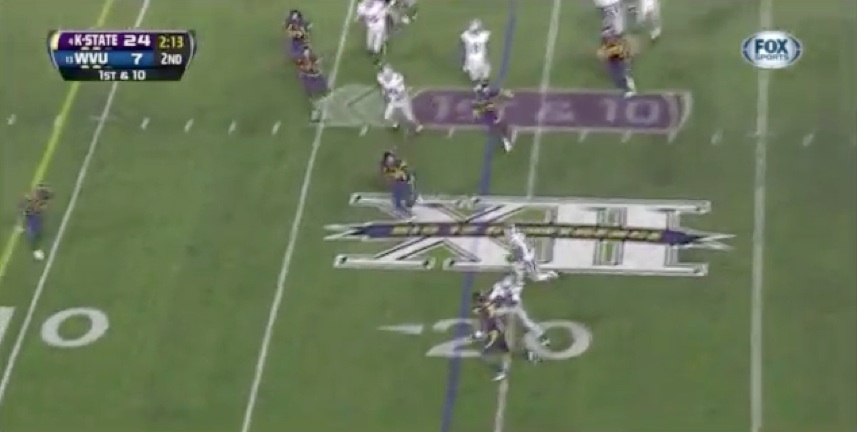 With a nice block on the outside, the slot receiver is now in a foot race with the linebacker until the safety joins the action.

This particular play obviously wasn’t the reason the Wildcats pounded the Mountaineers last Saturday. But it is one example of what creative play calling can do with a multi-dimensional playmaker behind center. Kansas State continues to prove that last season’s 10-3 record was not the result of simple luck in close games, but instead was a result of being a well-coached team led by an always gets it done type of quarterback. This week against Texas Tech, Klein will be tested by a Red Raiders defense that has already knocked one other Heisman Trophy frontrunner (Geno Smith) back to the pack. Will the same fate await Klein?