What's so crazy about a hook-and-lateral as a base play? A Q&A with Pulaski's Kevin Kelley

You may have seen the recent Washington Post article on Kelley's newest innovation -- adding laterals to his base offense. But how does he review analytics, how would that work in practice, and could it work in college football?

Share All sharing options for: What's so crazy about a hook-and-lateral as a base play? A Q&A with Pulaski's Kevin Kelley

The article details how Kelley analyzed a database of college football stats and discovered a strong relationship between explosive plays (specifically 20+ yards) and winning. And further, he found that the more players that touched the football on any given play (3+), the greater the chance of a 20+ yard play. So, while watching rugby on TV one night, he made the connection: why not add laterals as an additional wrinkle to his already innovative offense? Would that increase the likelihood of more explosive plays?

Coach Kelley was nice enough to give me 30 minutes of his time, during which we talked about laterals, radical offensive tactics, data and analytics, and college football.

The idea for Kelley's newest offensive innovation began with a conversation with Brad Edwards at last year's Sloan Sports Analytics Conference. Using ESPN's Stats and Information database for a little while at the conference, Kelley found that winning the explosive play ratio was more important than even winning the turnover margin. This echoed earlier findings...

.@CGPeltier Brian Billick's book identified explosive play ratio as one of the 3 keys to winning games from NFL studies back in like 1995

...and Bill's own Five Factors, here and here.

Further, he found that there was an uptick in explosive plays (here, explosive means plays of 20-plus yards) when more than two players touch the ball on any given play. From there, it just took watching rugby on TV one night for Kelley to make the connection: laterals > more plays with 3+ players touching the ball > more explosive plays > winning?

Sure, that data may be a non-representative sample. A fair number (maybe even a majority) of those 20+ yard plays with three players touching the ball were trick plays like this one. And couldn't those plays be more successful simply because they were called in the right situation?

The data Kelley viewed didn't differentiate between when more than two players touched the ball on explosive plays. Kelley said they're sometimes laterals: "What if we pitched the ball around a little bit, work those in, work in hook-and-laterals to our normal offense?"

The importance of explosive plays

But first, Kelley explained the theory behind the numbers for explosive plays by answering a simple question: Why does it matter if you score in four plays when you get the same number of points scoring after a ten-play drive?

First of all, and especially in high school, there is less of a chance for bad things -- fumbles, interceptions, missed blocks, negative plays, and other drive-killers -- when you have fewer-play drives. Explosive plays decrease the total number of plays per drive needed for a touchdown. Simple enough.

For example, how you get the ball, even if it's on the same yard line, matters. Which is why, as Kelley said, "Nobody is going on fourth down like we're doing." Pulaski averages a touchdown on roughly 51% of all drives, but he found that they converted a touchdown on 75% of drives with a successful fourth-down conversion. And 77% of the time, they did so in the next three plays. (We did not discuss the average yard line of the fourth-down conversion attempt). Kelley argued that the defense is demoralized after a conversion, and the offense is more likely to be explosive.

In the same way, explosive plays add potential psychological advantages in addition to simply moving down the field quickly and offering fewer opportunities for a mistake. 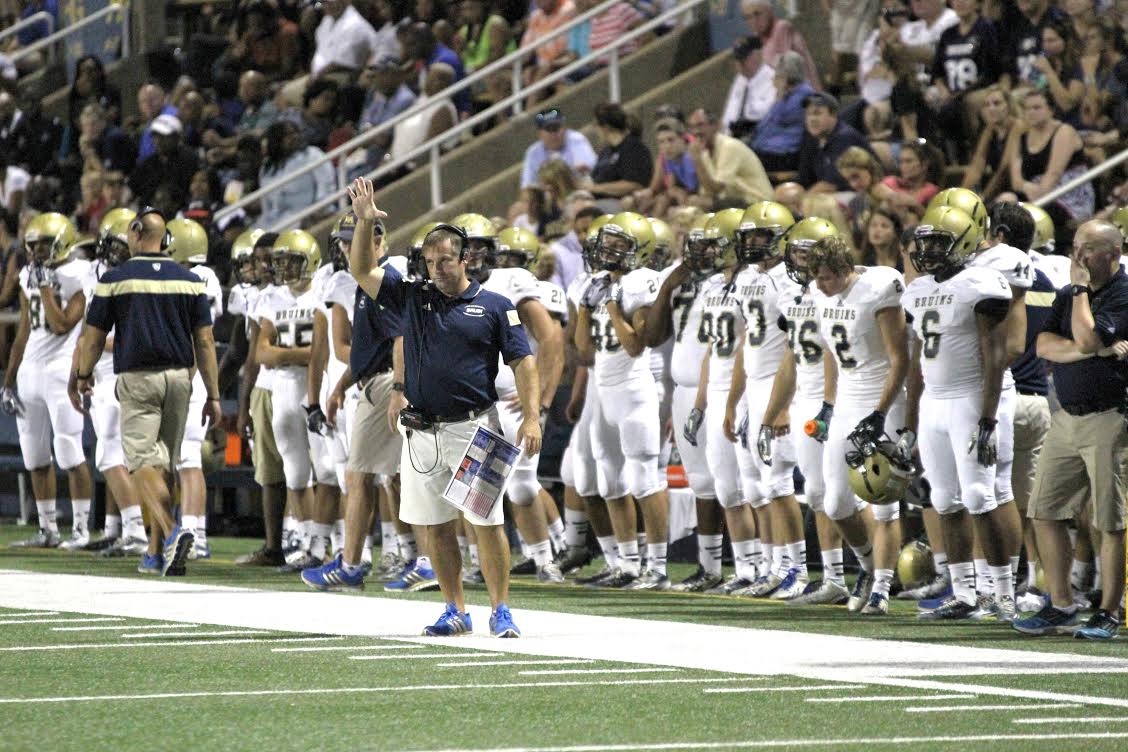 Kelley wants to successfully run a rugby-style play two or three times per game out of the 75-85 that Pulaski typically squeezes in to a 48-minute high school game. Even just two or three successful lateral plays would not only be two or three more explosive plays (and, theoretically, two or three more drives with a significantly higher probability of a touchdown), but would also affect how the defense responds for the rest of the game.

To combat spread offenses, defenses preach gang tackling, but laterals would force defenders to think about the consequences of leave their man in order to gang tackle. Even though the potential pitch men wouldn't be blocking, they would still tie up a defender because he would need to watch a potential lateral pitch.

Further, laterals would open up the inside run game. Instead of just a simple quarterback draw out of the shotgun, Pulaski can fake bubble screens, forcing the outside linebackers to play the bubble because of the potential for laterals on the edge. The linebackers wouldn't be able to aggressively sprint inside on a draw. Exterior defenders would be forced to play even more reactively, coached to simply not give up big plays.

And when the Pulaski coaches make the "Rugby!" call from the sideline this upcoming season, it won't be the first time they'll have attempted the lateral. It started last year a handful of times where the Pulaski offense successfully ran a reverse in front of the line of scrimmage.

The Pulaski Academy base offense

So what's Pulaski's base offense like? Well, from talking to Kelley, I get the sense that it looks something like a triple option in the air. There are multiple post-snap reads, receivers are coached to make their own post-snap read adjustments to routes (turning a post in to a dig, fade, or twist), and run-pass options. Typical air raid innovations.

But there's more. Not only do quarterbacks have post-snap run-pass options, but so do receivers and running backs. For instance, say Pulaski runs a jet sweep with an H-back/slot receiver type as the base play. Kelley and his offensive staff identify a pure athlete with decent throwing ability who is also a good receiver, put him in the slot, and then give him a run-pass option when he gets the ball. The line protects the receiver like he's the quarterback; after he gets the ball, he reads the unblocked outside linebacker with the option to run it on the base jet sweep, throw a bubble screen, or throw to another receiver on a go-route. This puts the play-side corner in a bad situation, defending against multiple horizontal and vertical threats to his side of the field. But leaving the outside linebacker unblocked also allows the line to add a double team elsewhere.

The relationship between talent and innovation

Kelley also mentioned a few things about his team's overall talent level. Last year Pulaski had one senior commit to Tulane as a two-star recruit. Another walked on at Memphis. Despite Pulaski's success, they haven't continuously produced elite college recruits.

Instead, their strategic innovations and reliance on analytics is a result of their relative talent level. Kelley realized that his offensive line wasn't big enough to push guys all over the field, so he needed alternative tactics and to develop good quarterbacks.

The best coaches are able to adapt their offensive philosophies to the talent on hand. Kelley mentioned that when Gus Malzhan (who went to Henderson State along with Kelley) was at Shiloh Christian, his teams threw the ball 85-90% of the time. Kelley remembered that they only ran the ball six times in one state championship game. It wasn't until Gus left that Kelley assumed the mantle of the HUNH pass-first team in Arkansas high school football.

Since then, Kelley thinks every quarterback he's coached has thrown for at least 4,000 yards and 50 touchdowns. His offense has been called a video game offense before, but the thing is that his teams are doing it without consistently elite talent.

Kelley points out that it's not just the talent differential that led to this strategy -- it's just good football. The numbers (both statistics and players on the field) suggested they should play the way they play, and so far it's worked.

Any thoughts on the 2015 college season? 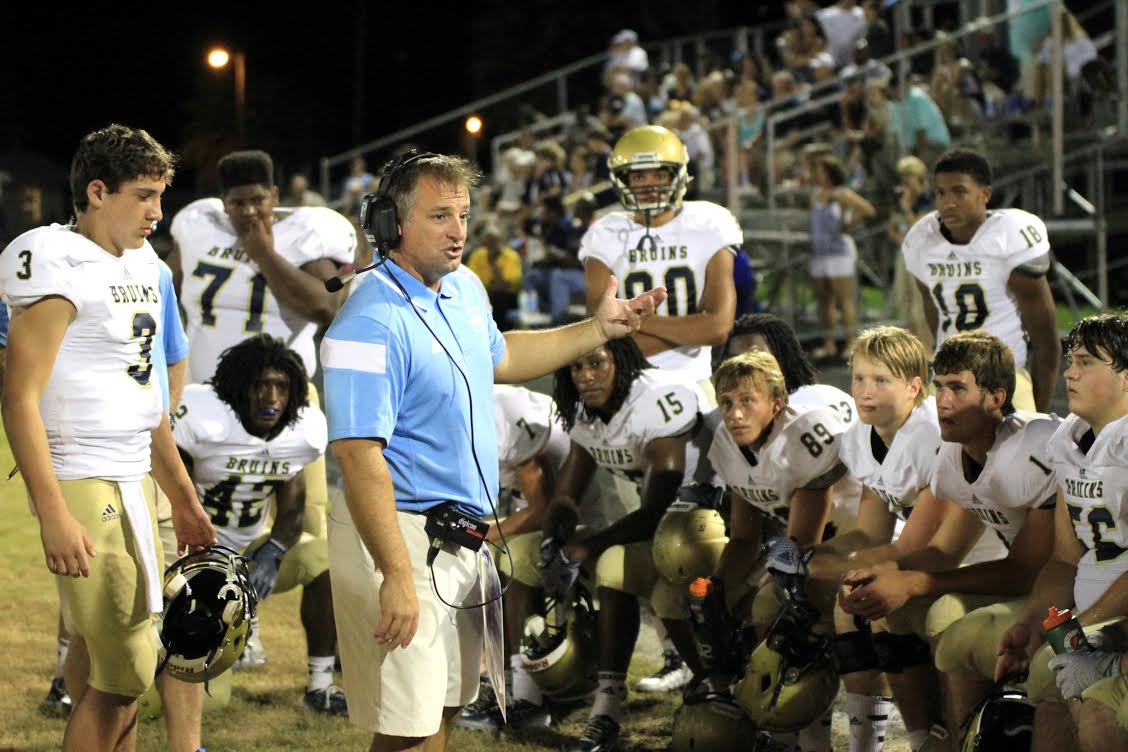