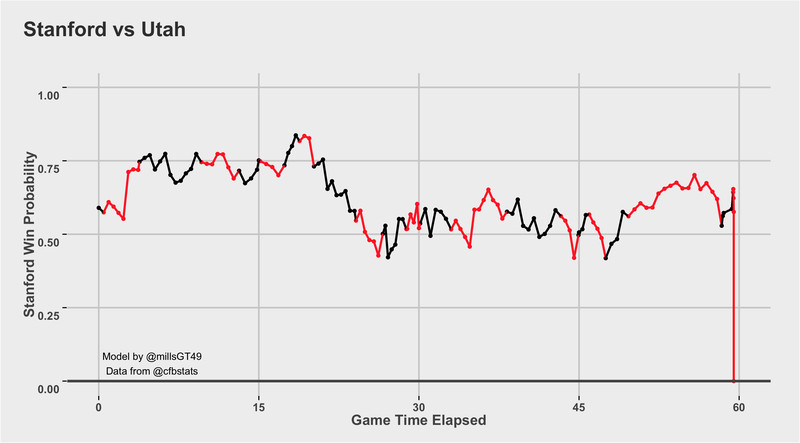 By my count, Stanford was 11-5 in one-possession games in 2012-13. The Cardinal try to shrink the game with tempo and bloody you up where the Cardinal are the only ones who know how to execute in the fourth quarter. But they're just blowing too damn many chances this year, and it's allowing opponents to hang around. The Cardinal are 1-3 this year in such games. Stanford allowed 4.25 points per scoring opportunity on Saturday, and that was actually good for them.

Stanford actually ran the ball quite well overall, but the other primary factor in this game was that the Cardinal couldn't pass (including sacks, Kevin Hogan's 31 pass attempts netted 72 yards), and Utah's havoc machine of a defense kept Stanford moving backwards and allowed the Utes to win the field position battle. Utah couldn't move the ball either but kept the field tilted and took the game to OT.