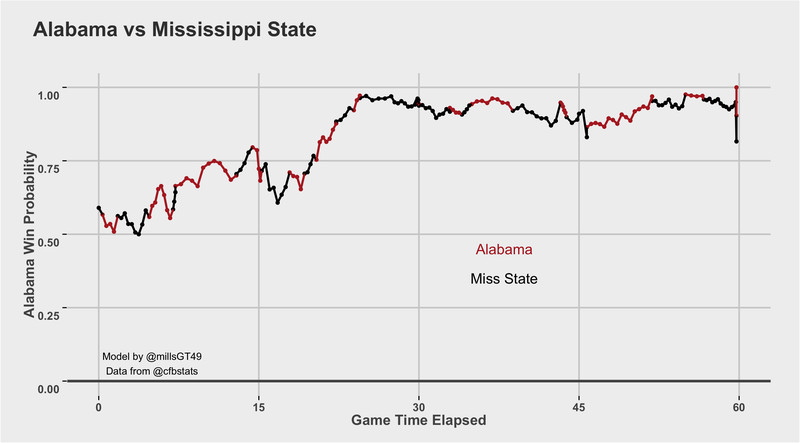 Early leads/deficits create confusing stats sometimes. Alabama scored on three of seven first-half possessions (pretty good against a top-10 defense) and got a safety to build a 19-0 lead. The Tide then ceased being effective offensively until MSU cut it to 19-13, then drove straight down and scored again when they needed to. So MSU ends up with more yards and EqPts and a whole lot more snaps, and it looks like Alabama a bit lucky to win because of turnovers ... only, your brain maybe doesn't look at it like that because Bama was up so big early on and it never felt like the game was actually in doubt.

Regardless, it would probably behoove Alabama to try to have an all-around great offense in quarters other than the second. The offense generated in Q2 was enough to win both the LSU and MSU games, but Q3 in both instances was pretty ugly, and Q4 was just good enough.