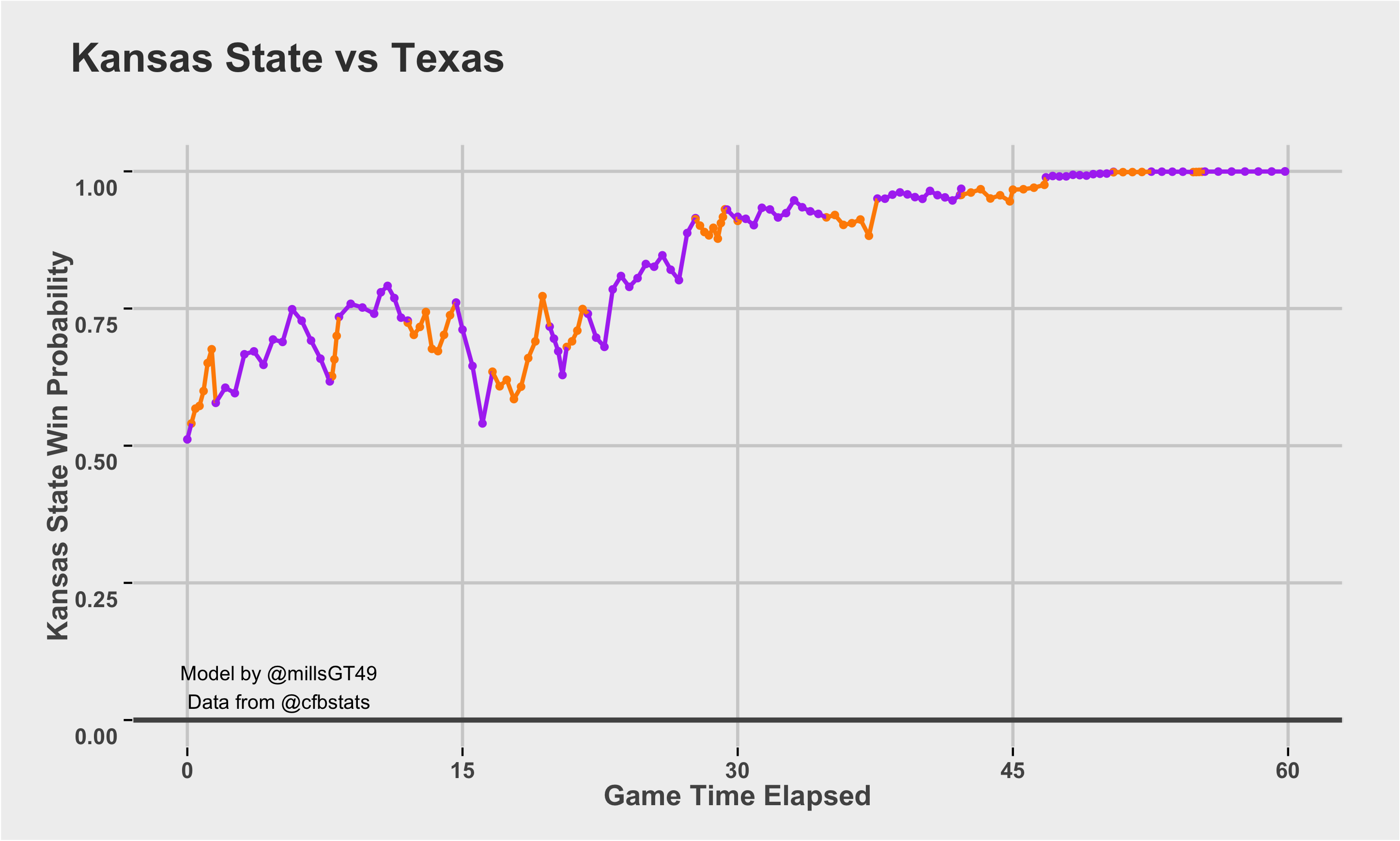 Since Snyder's return to the Bill Snyder Family Stadium sidelines in 2009, KSU had allowed a goose egg just once, in 2011 against Kent State. We're using past tense here because the Wildcats did it again on Saturday, allowing 196 total yards (3.8 per play) and cruising to a 23-0 win over Texas.

KSU has employed more of a bend-don't-break style than a suffocate-you-completely style since Snyder's de-retirement, and it has paid off in the offense-crazy Big 12. And while Texas had its scoring opportunities, the Wildcats always made a play when they needed to.

Barring a couple of passing downs glitches, Texas' defense once again did pretty good work on Saturday. But the Longhorns never really know what they're going to get from either unit, offense or defense. The defense barely showed up against Iowa State while the offense went nuts ... and then the offense disappeared while the defense played alright against KSU.