Share All sharing options for: Football APR Ratings: Digging into the numbers

The NCAA released the most recent APR ratings for all sports yesterday. The numbers released are for the 2011-12 academic year.

I broke them down by conference and ran a few calculations based on each schools' multi-year average, which is the average of the APR ratings over the last four seasons for each school. Here are the results. 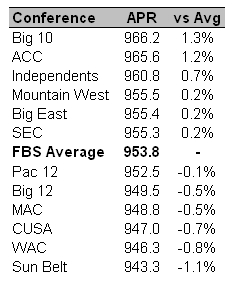 According to the NCAA, the average for all football programs regardless of division is 949, so FBS teams as a whole are slightly outperforming the FCS programs.

Now let's look at the top- and bottom-performing schools. Keep in mind that, beginning with the 2014 season, programs must have a multi-year APR rating of 930 or better to compete in the postseason. 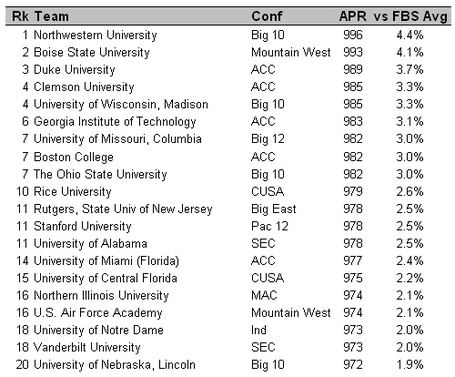 I must admit I didn't expect to see Miami on this list, unless we were talking about the one in Ohio. Also: must Alabama be good at everything? 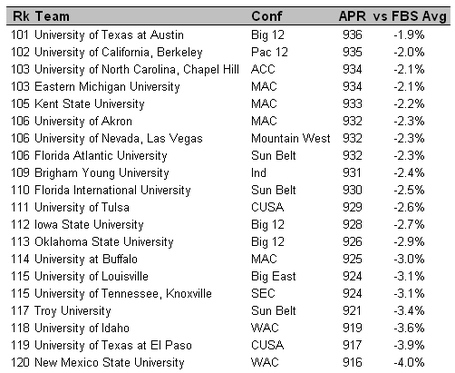 Here are the best and worst scores by conference: