A look at what the F/+ ratings can tell us about the Big Ten.

In the chart below, every black dot represents a Big 10 team from 2007 to 2012 (68 teams). The NCAA logo is the average for all FCS teams. It is (by definition) at the intersection of the 50th percentiles of offense and defense. The Big 10 logo is the average of all 68 Big 10 teams on this chart. I decided to toss in the SEC logo as a reference.

BREAKING: The Big 10 as a whole is better than the NCAA average, but the conference is not quite as strong as the SEC on average. 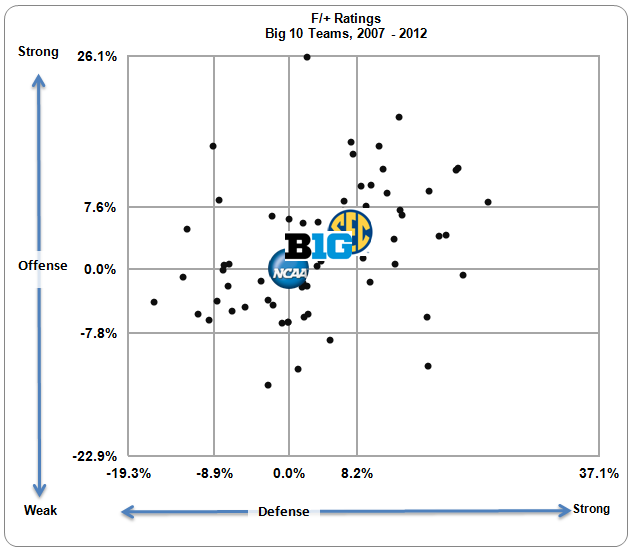 In the chart below, I kept all 68 dots but faded them to gray in order to highlight a few interesting points: 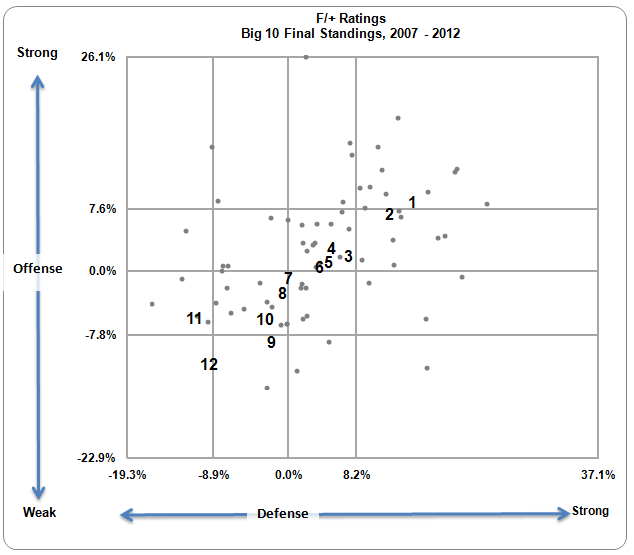 Now, here's a closer look at the Big 10 champions over this time period. The blue dot is the average of all eight of these teams (there was a three-way tie in 2010, although Ohio State was later forced to forfeit their share of the conference title). 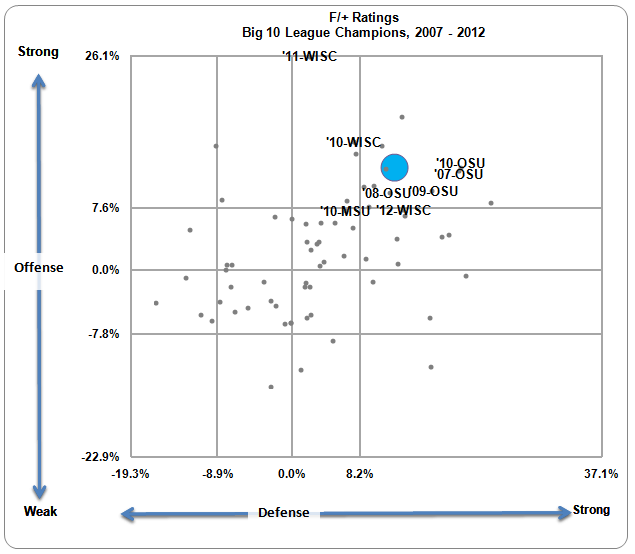 Okay, now it's time for a little fun. For each team in the Big 10, I used my "what have you done for me lately" ratings system: F/+ ratings for each team weighted this way: 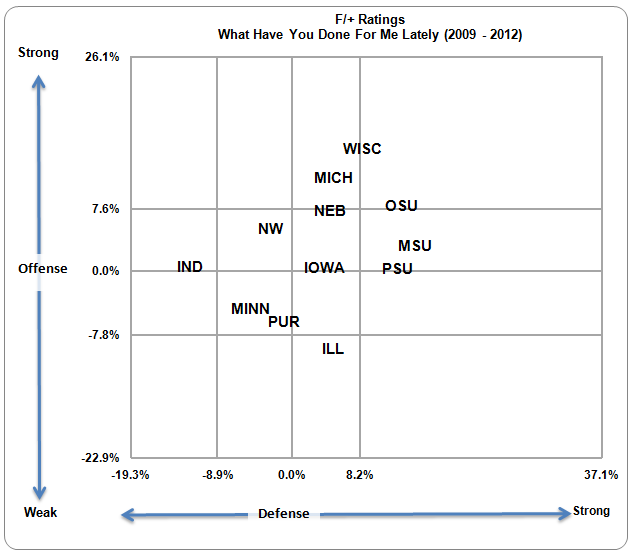 Okay, one more thing. Let's take a look at the best and worst offenses in the Big 10 during this six-year period: 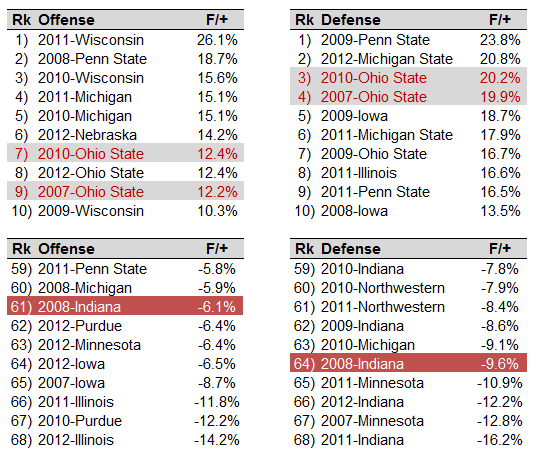