In last week's post, I introduced you to a new method of looking at a team's F/+ ratings. This week, I'll be starting a tour of every major conference -- I believe I am statutorily bound by the laws of college football to begin with the SEC. In this post, I plotted every SEC team from 2007 to 2012 using each team's offensive and defensive F/+ ratings. Defense is on the horizontal axis and offense is on the vertical axis. When looking at the charts, remember this:

In the chart below, every black dot represents an SEC team from 2007 to 2012 (74 teams). The NCAA logo is the average for all FBS teams. It is (by definition) at the intersection of the 50th percentiles of offense and defense. The SEC logo is the average of all 74 SEC teams on this chart. No surprise here, but the average SEC team is "northeast" -- better -- than the average Division 1 team: 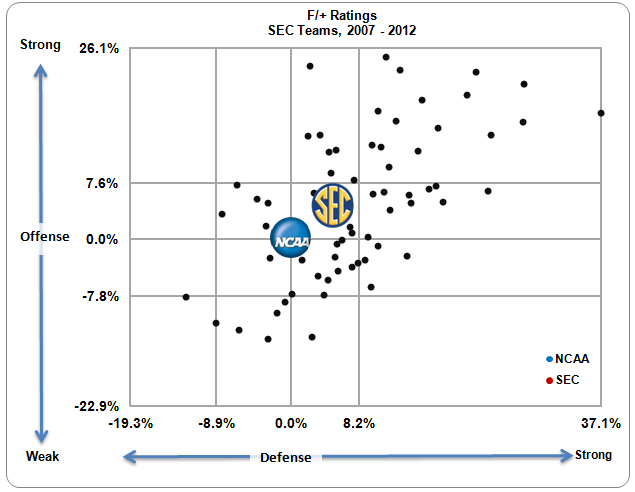 In the chart below, I kept all 74 dots but faded them to gray in order to highlight a few interesting points: 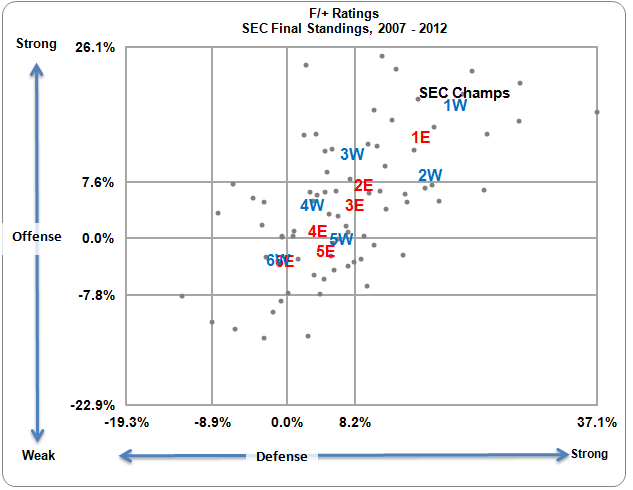 Now, here's a closer look at the group of six SEC champions over this time period (I also included Alabama's 2011 team even though they did not win the conference title). The blue dot is the average of all seven of these teams. 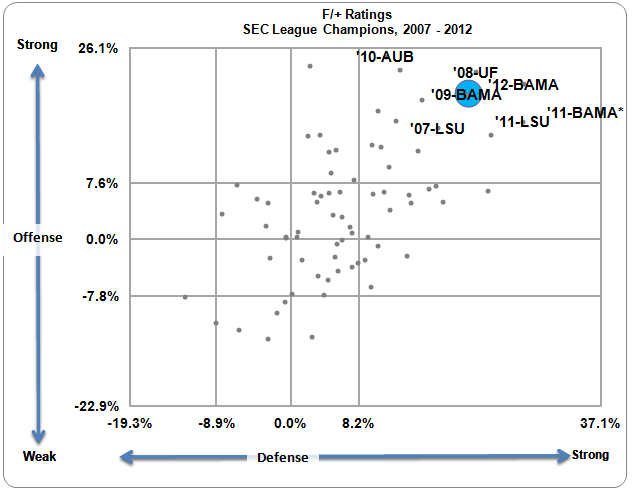 Okay, now it's time for a little fun. For each team in the SEC, I used my "what have you done for me lately" ratings system: F/+ ratings for each team weighted this way:

I figure recruits kind of look at it this way. 70% of the rating is what has happened in the last two years...everything else is a foggy memory. Using this weighting system, I plotted the teams using the chart below: 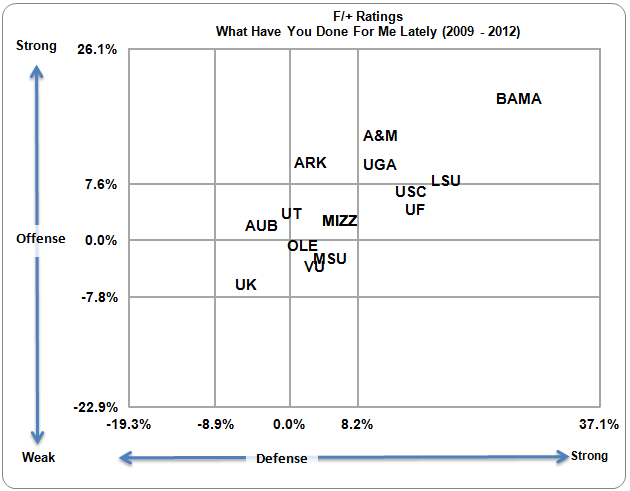 Okay, one more thing. Let's take a look at the best and worst offenses in the SEC during this six-year period: 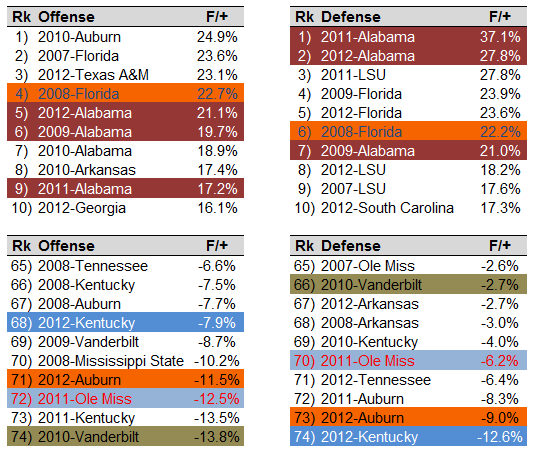