Do most teams try to slow their tempo versus Oregon in order to keep the Ducks' offense off the field?

Share All sharing options for: Tempo and Oregon's opponents

The Wildcats (7-4, 4-3 Pac-12) turned the tables on the fast-paced Ducks, eschewing the normal slow-it-down routine most teams play against them by keeping their foot on the throttle.

I wanted to see whether Miller’s argument was true: do most teams try to slow their tempo versus the Ducks in order to keep the Oregon offense off the field?

Below are the results, organized from fastest to slowest pace (click for larger version): 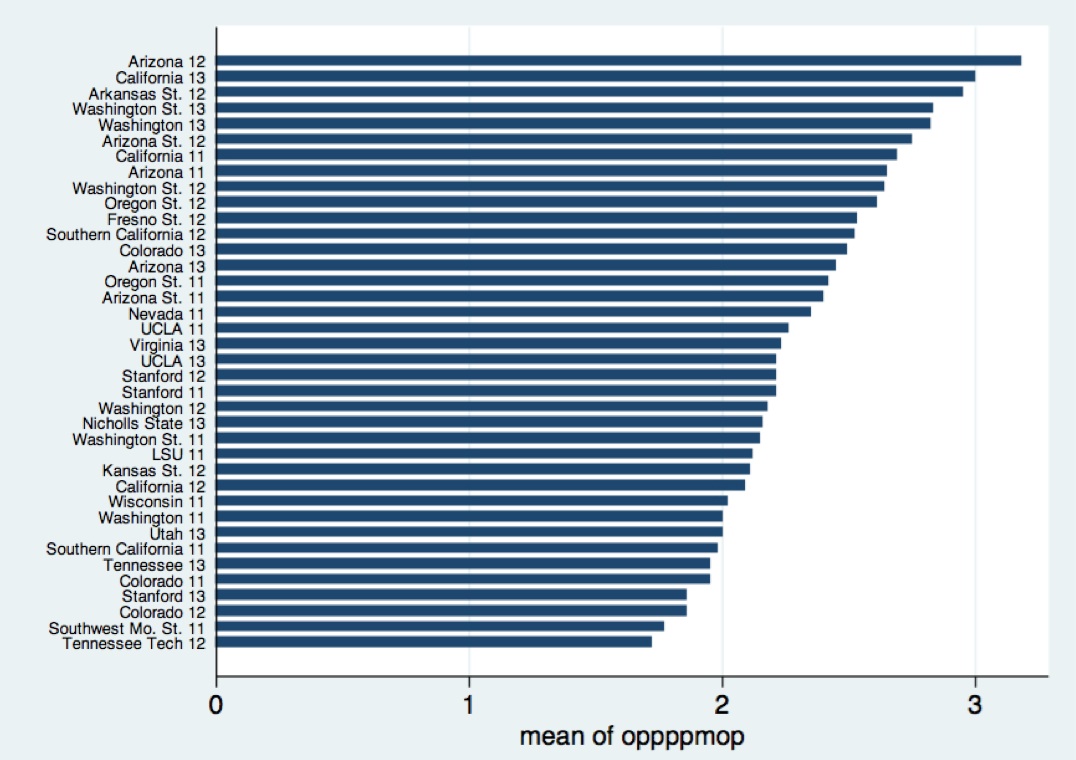 So are teams more or less successful by varying their tempo against Oregon? Below is a chart of the five teams to beat Oregon over the last three years, including a column with the opponent plays divided by minutes of possession variable standardized:

As a disclaimer, this analysis is exploratory - we’re intentionally selecting on the dependent variable (winning/losing) and only have five instances of Oregon losing to examine anyway.

However, Arizona was the only team to beat Oregon with a faster than average tempo, while LSU and Stanford (2013) adopted an intentionally different strategy. None of the five losses were more than 1.28 standard deviations away from the mean pace for Oregon’s opponents.