Share All sharing options for: F/+ ratings through 8 weeks: A conference-by-conference look

Last week we looked at the top 25 F/+ teams in a scatter plot. This week we'll do the same for each of the major conferences.

I used the same scale on every chart to make it easier to compare conferences against each other at a quick glance.

One more note before we get to the visuals: Even though some team names overlap, I did not modify their placement. I figure you are all smart enough to figure out what teams are on top of each other even if they are difficult to read. On we go...

click on any image to make it easier to read 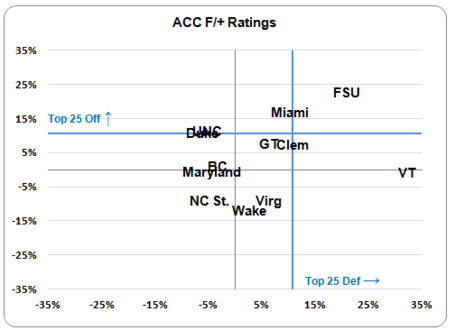 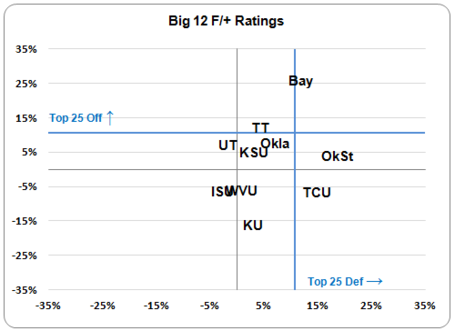 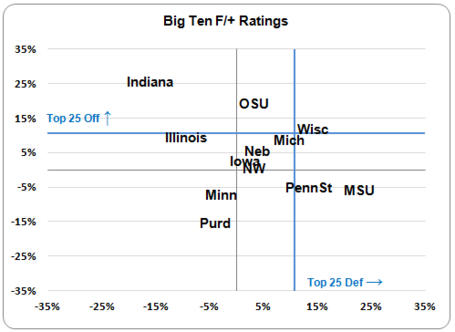 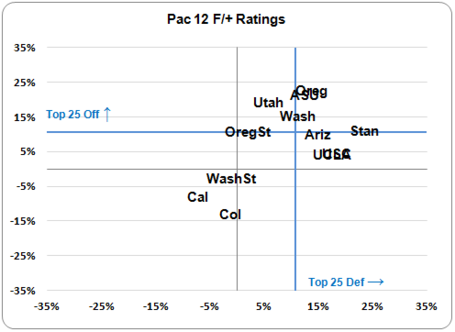 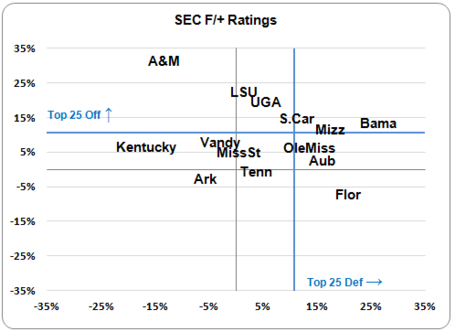 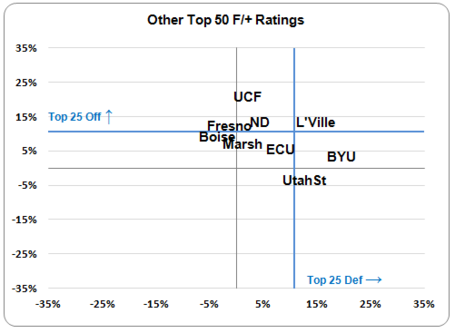 Here's a look at the other teams in the F/+ top 50.
Next week: similarity scores.