Share All sharing options for: Offense, defense, and the F/+ top 25

Now that F/+ is publishing offensive and defensive ratings, we can look at the strengths and weaknesses of the teams in the top 25. 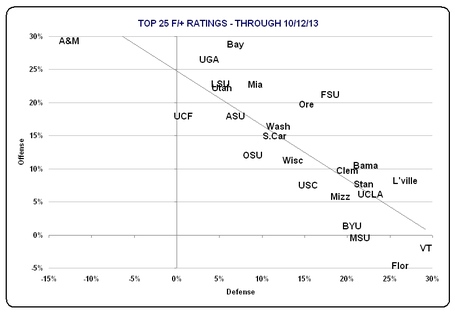 I'll take a look at individual conferences next week.