Share All sharing options for: Now Playing: Georgia Vs. Florida (1980)

For the most part, this game has been boiled down to a single, legendary play: Lindsay Scott's 93-yard touchdown reception with under 90 seconds remaining. That is both understandable and a shame; watching the whole game is a treat in and of itself, and it shows you just how much Scott saved the eventual national champions from a poor, sloppy, nervous performance. 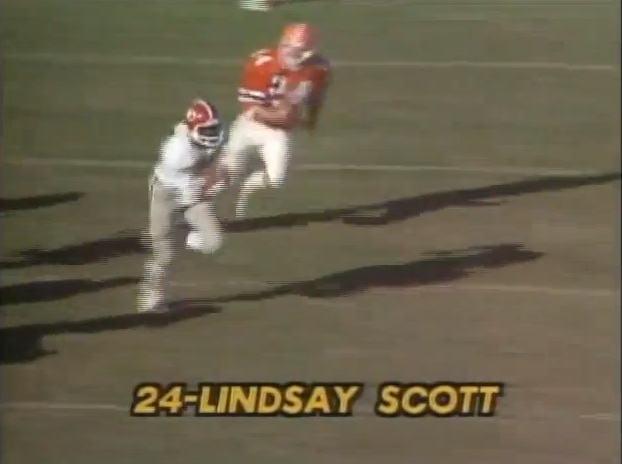