It's been a while since we had a link dump, eh?

The next couple of weeks are going to be full of recruiting pieces at the SBN Mothership, and I'm thinking I'll probably be referencing the below piece from MGoBlog's The Mathlete multiple times. In great detail, it explains the premise we've been working with for quite a while: recruiting rankings aren't everything, but they are rather predictive. (And evidently, it might have a more direct impact on defense than on offense.) The Mathlete has done some wonderful work in the last few months. 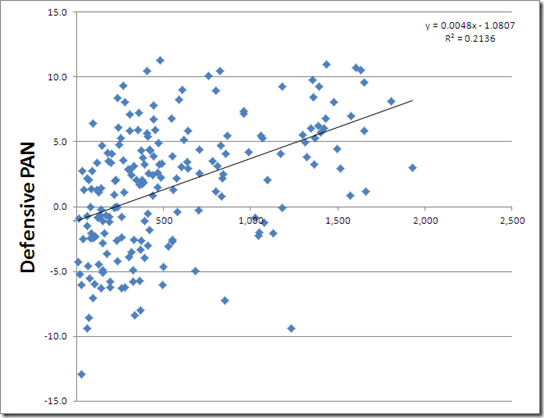 I've been really, really high on Baylor's Kendall Wright ever since he almost single-handedly destroyed my alma mater in Columbia a couple of years ago, so I was very interested in the piece below. He is fast enough to make a living in a Steve Smith-type of role, I think. What this post proves, though, is that you have to be really good and really fast to become a star with Wright's size.

I'm officially booked for the Sloan Sports Analytics Conference this March in Boston. Huzzah! Below are some highlights from a different sports analytics get-together, one at the Manchester Business School in Britain.