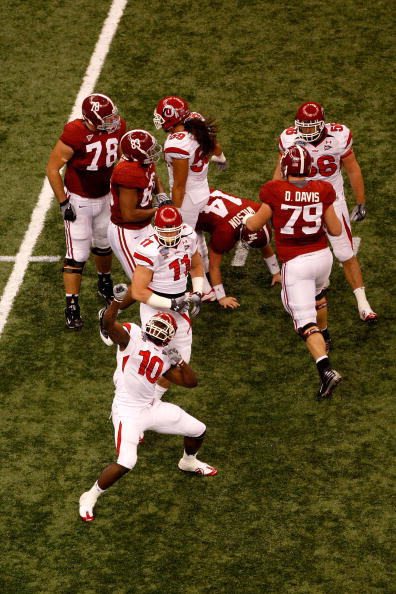 Unless I missed one (which is entirely possible), there have basically been seven college football programs who have made the jump from a small or mid-major conference to a major conference. Plenty of teams had made leaps from the ranks of independents, but the seven teams below are the only ones who have done what Utah is doing this season. (And that's only if you count the Big 7/8 as a "major" conference ... which it really wasn't until the mid-1960s.)

As a whole, the change has been predictable. Five of seven teams saw their records regress at least slightly due to improved competition, but as a whole, their schedule-adjusted performances were quite similar; on average, their five years after the move saw a higher average percentile performance (according to Est. S&P+).

* Both Oklahoma State and Texas Tech spent a small amount of time as independents between their residence in the two conferences.

UPDATE: South Florida also moved from CUSA to Big East in 2005, but since they were only in CUSA for two years, we'll leave them out for now.

As a whole, when you make this move, your overall performance level doesn't tend to change too much. Texas Tech was bad before the move, bad after. Arizona State was good before, good after. Cincinnati and Louisville saw their fortunes change a decent amount, but that had more to do with coaching changes than anything else.

Utah has actually been more successful in recent years (according to S&P+, anyway), registering a .773 percentile performance over the last five years. Teams have averaged an improvement of +0.029 in terms of percentiles, which ... well, that would make Utah pretty good, wouldn't it?