We round out the Texas mid-majors with team No. 5 of 120 on this offseason's Summer Vacation project.  Today, we look at the UTEP Miners, Mike Price, Glen Mason Territory™, and the size = good principle on defense. Confused? Don't miss the definitions and footnotes at the bottom.

...the fact that a team as poor as UTEP managed to play in a bowl game last year suggests there might be something wrong with the system at hand.  The Adj. Scores below suggest that, playing an average team each week, UTEP quite possibly would have gone about 2-11, but in sneaking out wins against Arkansas-Pine Bluff (5-6 in the SWAC), New Mexico State (2010 F/+ rank: 120th, dead last), New Mexico (119th), Memphis (118th), Rice (108th), and SMU (59th), the Miners figured out how to make a bowl game with a single win that was even remotely respectable.  I don't blame them for this, of course -- you play the teams on your schedule, and if you win enough of them, you go bowling -- but it took a perfect confluence of scheduling events to get this team bowl-eligible (think about how hard it would be to try to schedule the three worst teams in FBS in a given year, only one of which is actually in your conference), and it almost certainly won't happen again in 2011. 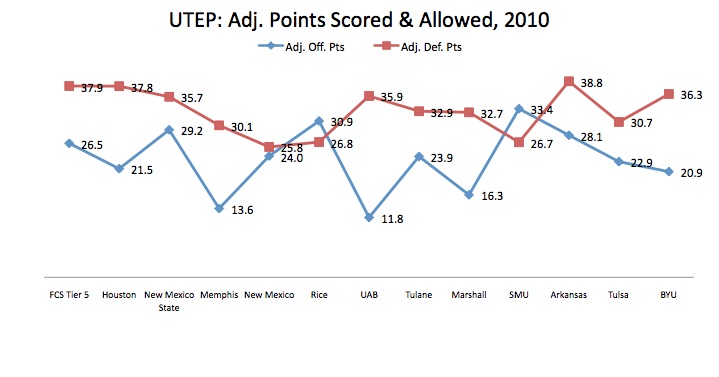 First, something positive: when Mike Price came to town in 2004, UTEP had managed just a single winning season since Bob Stull left for Missouri in 1989.  They had won three games or fewer in 11 of those 15 season.  UTEP football was, for all intents and purposes, a wasteland.  So the job Price has done in establishing even relative respectability -- three bowls in seven seasons -- deserves praise.  This is not an easy job.  He took Gary Nord's leftovers and took the Miners to back-to-back bowls in 2004-05, getting themselves ranked in the Top 25 at points in both seasons.  He has won at least four games every year.  He has done, at the very least, a decent job in El Paso.

But one has to wonder how much more time he has there.  In losing six of seven to end 2010 (including a stomping in the New Mexico Bowl), he probably negated whatever good will he had established in getting to six wins in the first place, and ... while "three bowls in seven years" doesn't sound too bad, "one bowl in five years" sounds quite a bit worse.  UTEP is trending downward quickly, even if wins over some incredibly bad teams disguised that a bit.  I used to joke that teams had entered "Glen Mason Territory," when they were winning just enough, compared to their historical baseline, that firing a coach was tough to do ... even though they don't have a lot of hope for ever winning more again.  Well ... welcome to Glen Mason Territory, UTEP.  Dumping Price would feel good, but the alternative could still be much worse. 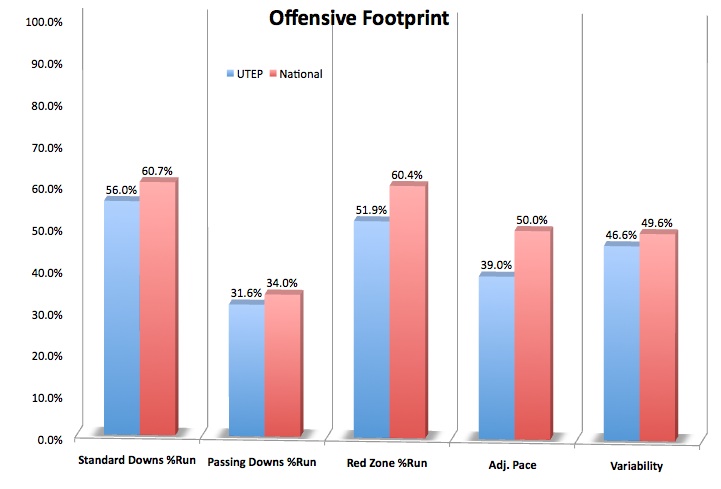 The offensive line was a relative strength in 2010.  All five starters are gone.

Good luck, Joe Banyard.  A 6'0, 205-pounder from Sweetwater, Banyard rushed for a solid 623 yards (5.7 per carry) in 2010, doing most of his damage against the dregs of the schedule until breaking out for 155 yards and three touchdowns in the regular season finale against Tulsa.  He averaged only eight carries per game in 2001, so who knows whether he is capable of playing feature-back or not, but along with receiver Donavon Kemp (18 catches, 181 yards, 2 touchdowns), he is just about the only known quantity taking the field in 2011. 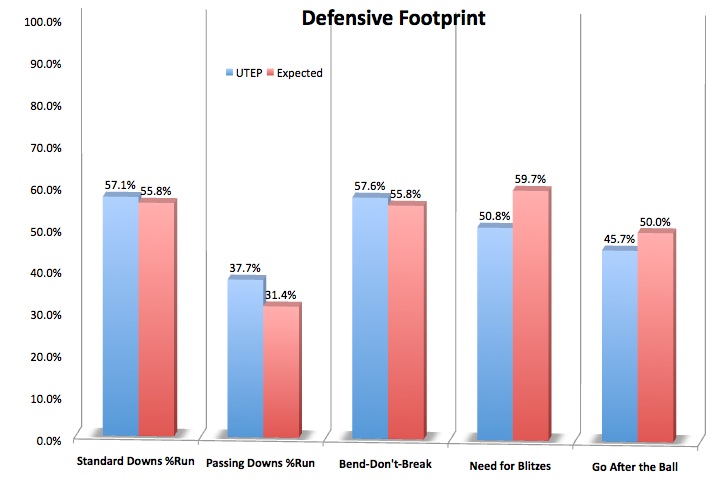 So you're Andre Patterson, second-year defensive coordinator at UTEP.  For better or worse, most of last year's terrible defense (worst in the country against the run, only marginally better against the pass, as Jake Heaps and Luke Ashworth can attest) returns.  If you're going to improve this year's D, it's going to be through development instead of talent infusion.  So what do you do?  You make everybody bigger.

UTEP changed its offseason football routine this year to include more work with weights and less aerobic conditioning.

The idea was to get the team bigger and it worked.

A good example is redshirt freshman Michael Pickett, who was listed as 6-foot-1, 195 pounds, when he signed last February as a safety, but is now a 225-pound linebacker working with the first team.

"The whole team is bigger than last year," coach Mike Price said. "We lifted a lot during the winter; we didn't do the normal winter conditioning. We lifted instead of running."

SBN's own Tomahawk Nation has done tireless work in proving that while big defenses aren't necessarily good ones, good defenses almost have to be big.  When your defense gets so completely pushed around against the run, getting bigger doesn't seem like too bad an idea.  We'll see if it works.

Out through the back door of Rose's I ran, out where the horses were tied...
I picked a good one; he looked like he could run, up on his back and away I did ride.
Just as fast as I could from the West Texas town of El Paso, out thru the badlands of New Mexico.
Back in El Paso my life would be worthless; everything's gone in life, nothing is left.

So that would make UTEP the second-worst team of the last six years to actually play in a bowl (between the pre-Red Wolves, New Orleans Bowl-losing 2005 Arkansas State Indians.  Just remember: I-N-D-I-A-N-S (and Red-W-O-L-V-E-S) spells vic...to...ry...

And just out of curiosity... 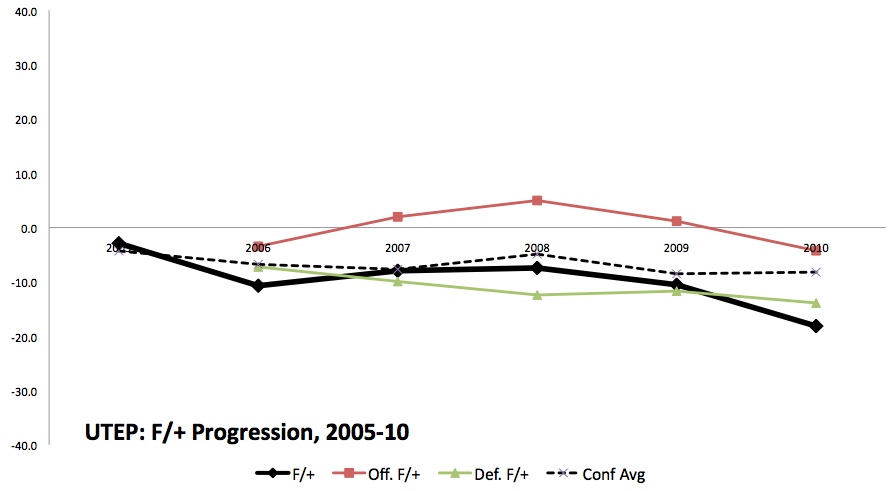 Looking at the F/+ Progression above, UTEP has not played at an "average Conference USA team" level since 2007.  Last year, Mike Price fielded his worst team in El Paso, and now a good number of offensive playmakers were gone.  With the same schedule as they had last year, the Miners could make another run at bowl eligibility, but ... the 2011 schedule is not the 2010 schedule.  Six opponents saw bowls in 2010, and UTEP gets most of the worst teams on the schedule -- New Mexico State, Tulane, Rice -- on the road.  If bigger really does equal better for the defense, and the offense can at least approximate last year's levels, then there are certainly some potential wins (Stony Brook, Colorado State, and the three road games above), but ... yikes.  Mike Price has accomplished a lot in his career (not all of it good), but I really struggle to find too many positives in next year's team.  Travaun Nixon and Joe Banyard are potential stars, and Marlon McClure is explosive, but ... this was an iffy-at-best team with those players and Vittatoe, Kris Adams, etc.  Without them?  Yikes.